Born in 1974 in Westfield, Massachusetts, David Colton began his career as an artist while attending the University of Colorado in Boulder. Heavily influenced by the rise of graffiti in America throughout the 1980s and 1990s, he chose to create his own twist on the movement with sculpture.

Using glass as his chosen medium, Colton is widely recognized by his peers for the distinct organic style he has developed since he first started in 1995. Recent accolades include being featured in The New York Times Magazine and the Corning Museum of Glass’s annual peer-reviewed journal New Glass Review in 2017.

Notable exhibitions include the Architectural Digest Design Show with Chesterfield Gallery in 2014, 2015, and 2016, SCOPE International Art Show in Miami Beach during Art Basel in 2015, Lit!, a group exhibition at Chesterfield Gallery in April 2017, and The Salon Art + Design at the Park Avenue Armory in New York City. Colton currently works and lives in Western Massachusetts. 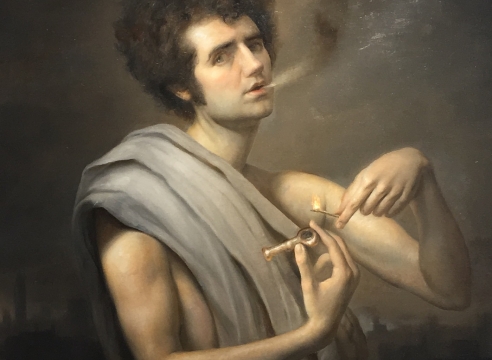 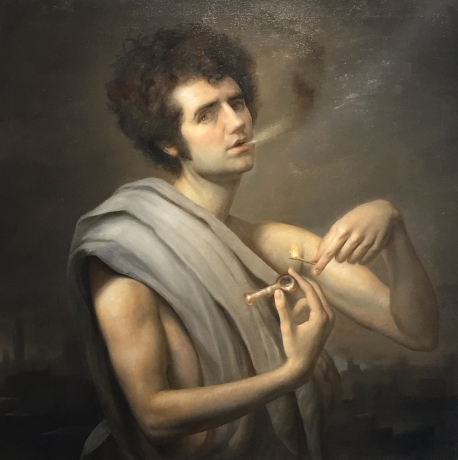 Lit! underscores the transition of perception of marijuana use from marginal to mainstream, undistinguished to dignified. It aims to act as a survey of marijuana’s role in American art by highlighting its place among other significant Americana and contemporary art. As such, Renaissance style paintings with modern subject matter bridge the gap from old to new while pipes traditionally used for smoking are elevated to elegant sculptures.